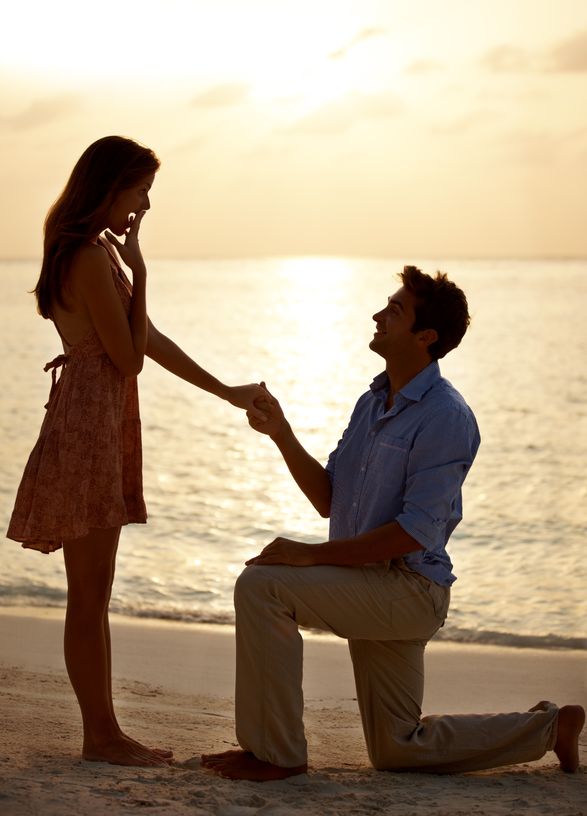 Not all Wedding Proposals are Romantic

First and foremost, I want to be clear, Not all DJ’s in Maine or elsewhere are romantic, I am not a natural romantic. As a Maine DJ, it’s bound to come up in conversation more for me than most. More than that though, my intrigue comes from a different place. I am fascinated by people, and what makes one person giddy, and another just shrug.

I’m curious as to how well the proposal fits each personality. Does this sound like something he or she would do? Did you expect her to ask you to marry her? What would make a non-planner go to such lengths to ask for ones hand in marriage? If plans fell through, how was it handled? For me, and perhaps this is why I became a DJ in Maine, I simply really enjoy people. I love hearing their stories, and I love learning about what really matters to them and why.

Extravagent? Over the Top? or simple and sweet?

OK,  the difference between extravagant and over the top. Here it is, extravagant means a trip to France, and he proposed at the top of the Eiffel tower.

Over the top means he (or she) sent a limo to your house to pick you up. When you step inside, there are 1,000 origami cranes he hand folded himself, and a card asking you to unfold each crane because he wrote something on each one he loves about you.

You arrive to him waiting dressed to a “T” on a red carpet. You then enter the old theater to what appears to be Gone With The Wind, until you read the credits and realize that instead of Scarlett O’Hara and Rhett Butler, it’s starring the two of you, and the rest of the “movie” is a slide show of the two of you in all of the most amazing places you have ever gone together. At the end of the movie are the words “Will You Marry Me”. You look over as the lights come up and he is on one knee with a ring in his hands.

In short, Extravagance equals extraordinary expense, over the top equals extraordinary effort. The one thing I noticed is that, even when they know it’s coming, they are is almost always an element of surprise. Incidentally, this is a combination of two real marriage proposals. I was blown away by the 1,000 cranes story, and the Gone With The Wind story was how my sister’s husband proposed to her.

Ron proposed to me on the walking bridge in Brunswick, my home town.  He had planned it out for a few months but was waiting for the ‘perfect moment’ with the ring for a couple of months and then wasn’t sure what that moment would be.  He realized one day when we were having a perfect moment that he had forgotten the ring!  This was when we were staying in a yurt.  He proposed later that week by booking a nice dinner reservation and arriving early to go for a walk on the bridge.

Was He/She Surprised?  Yes!  I was not expecting it to happen that day.  After the previous weekend I thought he would be waiting for a while.

Mary & Will – How did you propose?

Salome had kept mentioning wanting to go to these expansive, and beautiful Flower Fields here in California – which seemed like a beautiful place to propose. So that was the plan. I had the ring in my pocket ready to go. However, once we got there – while it was very beautiful – you weren’t able to walk to far into the flowers, remaining on the dirt roads surrounding. Pair muddy dirt roads with the tractors full of tourists going by – it didn’t feel right. I had to come up with a Plan B.

Later that night, we went to get drinks in downtown Glendale where we live, and ended up going for a walk along the cliffs on the ocean at sunset. The clouds created a very beautiful pink/purple sky. While she was taking photos of the sunset I got down on one knee, and when
she turned around – she was shocked”

Was He/She Surprised?
Salome: “I was very surprised! So much so that I asked him ‘You really want to marry ME?” Then I gave him my right hand for the ring instead of my left, oops.”

If I’m being honest, this is my current favorite from last year. Sweet, simple, and very effective!

Derek & Emily – How did you ask her/him to marry you?

We were up on Prince Edward, one of my favorite places growing up.  The place means a lot to me because my Dad grew up there on the ocean and the small cabin we have is right on the ocean.  He was being weird all day; refusing to go for walks on the beach, then asking to go and deciding not to once people joined (umm, but now I get it!!).

Finally it was just him and I walking, and my heart was POUNDING.  I swear I felt my Dad near, but there was nothingggg concrete about any of it!  Derek had the ring designed and shipped from California. It went to my mom’s house, and they had code words so I never knew it was coming!  Anyway, we kept looking for sea glass, but when I ‘felt’ him kneel down I’d spin around and ask him if he found a piece, and he’d just pop up and say “nope, nope, that’s not a piece.”  In hindsight I think he was trying to get himself settled on one knee but I kept butting in and ruining it!  Hahaha

Getting super close to the cabin (the walk was over 2 miles!) he said something and I stormed off a bit, and then he said my name, I turned around, and he was on one knee.  I have NO IDEA what he was saying, I just saw him and the ring, and started crying and saying yes (looking back, he could have been asking to buy a new truck or something but I had NO IDEA what he was saying!!), and we went from there.  When we got back to the cabin, we were able to share the news with family; it was wonderful.  But I did ask him “so you still have 3 days here with us; what if I said ‘no’?”  Hahaha!  What a beautiful day!!

I hope you have enjoyed these, perhaps found a way to casually slip them passed your boyfriend or girlfriend, just in case they have been thinking about a proposal. I would absolutely love to hear your proposal stories. Send me a note with yours at mike@wickedgooddj.com And of course if you have been proposed to I know a great Maine DJ 🙂 Happy Valentines Day!